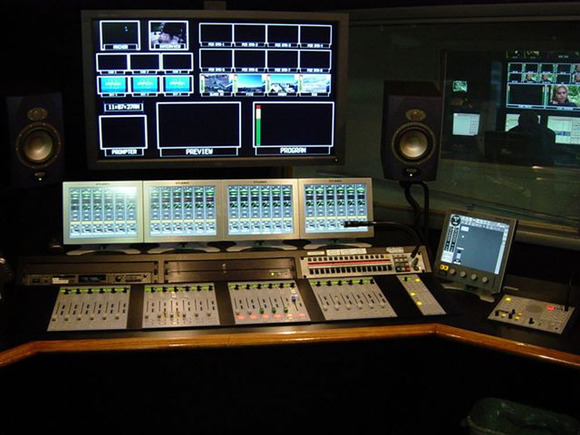 LAS VEGAS, Nevada – Revamping its production facility for the nationwide digitalization of television in 2007, Las Vegas NBC affiliate, KSNV My News 3 continues to offer viewers 24/7 digital high-definition programming with its Studer OnAir 3000 console. With the console’s help, My News 3 maintains its consistent productive workflow in the studio even with hectic deadlines and six hours of live news broadcasts a day.

“The OnAir 3000 was one of the final pieces in the digitalization and HD revitalization of the studio,” stated KSNV Chief Engineer Mark Guralnik. “The console is user-friendly for the operators, allows us to handle our IFB for remote live shots and can be easily modified at a moment’s notice--a vital aspect of live television.”

Not only did the OnAir enhance the aural dynamic of all KSNV productions, but the console also added a stylish appearance to the audio room. According to Guralnik, the OnAir 3000 attracts the most attention on official tours among from visitors of all ages, ranging from Cub Scouts to high school vocational students.

Knowing a full studio HD production retrofit would be an expensive undertaking; KSNV was able to curb some of the costs with the affordable yet highly reliable and functional OnAir 3000. “The cost of all the equipment and work is always an important factor in a project such as this and the OnAir offered the perfect ratio of adaptability and consistency to affordability,” continued Guralnik.

The Studer OnAir 3000 features a wide range of compact and elegant control surface modules and incorporates Studer’s patented “Touch-n-Action” philosophy, using color GUI screens. The OnAir 3000 design is based on a completely modular desk and a new DSP engine. The fader module includes six fader strips, and up to eight fader modules may be fitted, giving a maximum console size of 48 faders. Layout options range from a highly comprehensive engineer-operated continuity console to a single fader panel for DJ and newsroom use or even a PC-operated system with no physical desk controls.

“The OnAir 3000 has simplified our news production significantly, but it is also very complex and adaptive so we can rely on the console to grow and adapt as KSNV grows,” Guralnik said.