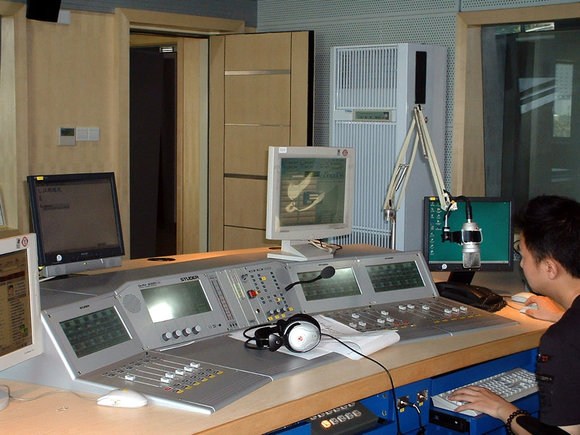 The Shanghai Media Group (SMG), which operates some of the most influential radio stations in China, is completing a comprehensive upgrade of its on-air studios, equipping them all with new Studer OnAir 2000 Series audio mixing consoles, supplied by ACE Advanced Communication Equipment (Int'l) Co Ltd.

Shanghai Media Group (SMG) is a multimedia conglomerate of radio, television, newspaper, and websites with total assets of 10.7 billion yuan and over 5200 staff. It is comprised of 10 nationally renowned media organizations, which all use the same production facilities. Chief amongst these are Radio Shanghai, which broadcasts 4 channels – news, travel, drama and fiction, and folk opera – to an audience of 50 million people in the Shanghai and Yangtze River Delta area, and Eastern Radio Shanghai, which further extends the catchment area into the east of China.

At the end of 2003, SMG began a programme of upgrading its on-air studios to a level of full digital integration. A rigorous selection process settled on the Studer OnAir Series of consoles, as the choice throughout the on-air and production studios. User-friendly ergonomics and operational simplicity, together with the choice of modular or fixed frame formats of the OnAir 2000, were the key criteria for Shanghai Radio's technical team.

Currently, ten on-air studios and production studios at the station have been transformed into fully digital studios, with a further three studios about to be upgraded. Some of the smaller on-air studios are using Studer's OnAir1000 mixers, so, in total, SMG has taken delivery of eleven Studer consoles to date.

SMG is striving to become an influential multimedia group in the Asia-Pacific region within 5 to 8 years, and aims to be one of the world's biggest Chinese language news groups, listed in the global top hundred media groups in the next five years.