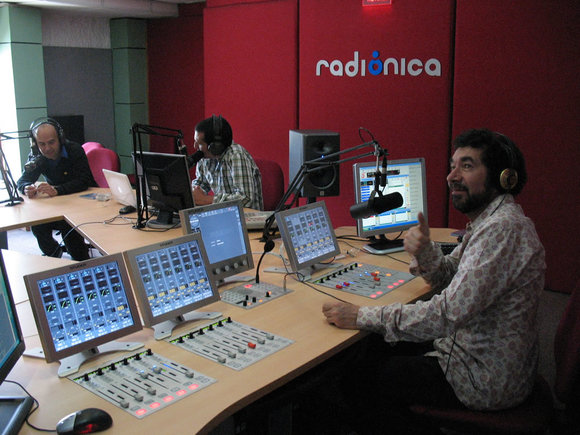 BOGOTA, Colombia – Radio Television Nacional de Colombia (RTVC) recently installed four Studer OnAir 3000 consoles. The facility has two radio stations: Radio Nacional de Colombia and Radionica, each having one OnAir 3000 console to broadcast their main signal. Radio Nacional has traditional programs with news and music, while Radionica adheres to a music-only format with more contemporary musical styles. Both stations operate without commercial programming, allowing for a diversity of content on each station.

Another of the OnAir 3000 consoles is installed in a production studio, where internal material is recorded for both Radio Nacional and Radionica, while the fourth OnAir 3000 serves as a backup console and main router of the system, broadcasting the two radio stations through this console, which connects all the studios together. Along with this fourth OnAir 3000 are two editing modules where journalists can record interviews and other short reports for news programming. In this booth, journalists have access to signals that belong to the other OnAir 3000 consoles, allowing them to control each console independently and, if they so desire, simultaneously.

“The OnAir 3000 offers superior quality and 40 bits of internal processing,” says Miguel Dominguez of VCR Ltda., which sold the consoles to Radio Nacional. “Other key points in the sale were integration of the editing booths with the system, the remote desk, the touch and action technology, and the MUSIC system that controls the absence of signal and provides a backup signal if necessary. And of course, the security and reliability of the system, thanks to the redundant power supplies and backup systems, were huge factors.”

“While the producers and journalists are not audio engineers, they all feel comfortable using the consoles because they are so easy to use,” Dominguez says. “The learning curve for the basic user was approximately one day.”