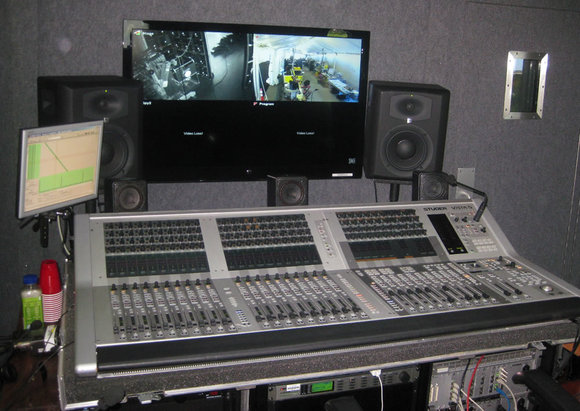 “We needed to design a system that wouldn’t be seen by any of the television cameras and would remain separate from the stage set,” said Mark Dittmar of Firehouse Productions. “We were also faced with the challenge of hanging everything from a single point that supported a maximum of one ton. The VERTEC line arrays were ideal because they are lightweight and easy to hang, but also provide a tremendous amount of acoustical output power.”

Digital audio distribution for the entire system was handled via Riedel RockNet, which acts as a universal input/output router, connecting multiple consoles for large events and specialized field applications.

“With the Tony Awards, expectations are at their peak so it’s important to ensure the full magnitude of the presentations, videos and performances both engage and immerse the live crowd as well as those watching at home,” Dittmar said. “The reliability and user-friendly aspects of the Vista 5’s allowed us to perfect the broadcast, even around the block in the mobile broadcast station.  This year’s event was a groundbreaking show for us and we were able to provide some excellent new equipment.  The Vista 5’s are great consoles and we were very happy with the end results.”