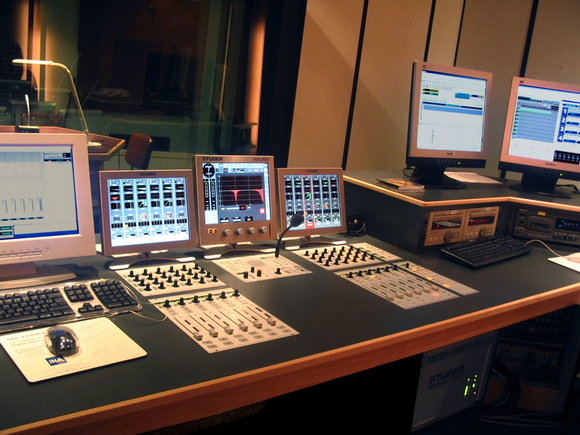 France's leading training centre for audiovisual and new media skills has chosen Studer's digital On-Air 3000 console for its main radio studio. With more than 4000 people receiving professional training from the Institut National de L'Audiovisuel (INA) every year, this choice puts the Studer platform at the very heart of the French radio industry

INA is Europe's premier training centre for the audio-visual profession, offering a full curriculum of multimedia and audio-visual skills education, running training programmes on behalf of some of the biggest companies in the radio industry in France.  INA has a permanent staff of 30 teachers, with more than 600 visiting experts also teaching there.

According to Studer's French distributor, Jean-Philippe Blanchard of AUDIOPOLE, the decision was influenced particularly "by the attractive ergonomics of the On-Air 3000 with its colour touch screens, and of course the audio quality and reliability that are part of Studer's international reputation."  Within weeks of the console's installation, INA began hosting key training schedules on behalf of several major French radio stations.

INA is also well known as the first archive in the world for digital sounds and pictures, its unique research laboratory and as a TV programme producer. Its Copyright and Archives Department now conserves, manages and operates a heritage that includes some 500,000 hours of television, 600,000 hours of radio and more than a million photos. It is responsible for archiving the output of all the commercial and public national radio and TV broadcasters and the five national channels that go to make up Radio France.