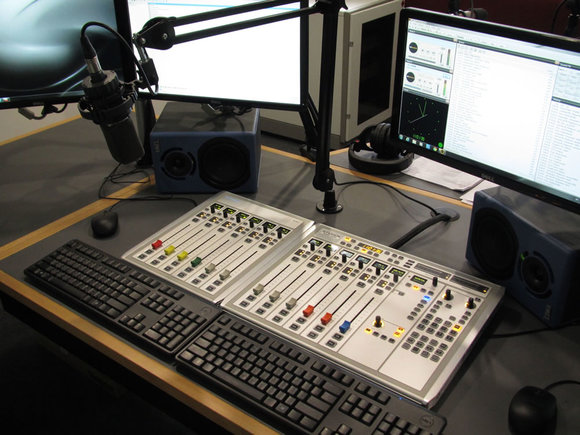 BANGKOK, Thailand – The Thai Government Department of Rural Roads is responsible for maintaining the roads that connect to the country’s main highways—this enables them to set up bypasses where necessary to improve traffic flow. To assist them in responding quickly to provide information across the vast network of roads, the Department has now set up its own radio station—initially for internal broadcasting before it becomes a full FM / AM broadcast channel, streaming digital information for the benefit of the general public. To help facilitate live broadcasts and flag up immediate alerts, HARMAN’s Studer’s Bangkok-based distributor 101 Technology (part of the Mahajak Group) has supplied a compact Studer OnAir 1500 production desk. Fitting a tight budget, the desk will be multi-functional, enabling the station to handle live broadcasts and record live sessions—while operating as a dedicated production mixer.

101 Technology reports that this is the first OnAir 1500 to be sold in the country. The company’s Wiboon Lertkultanon explains, “We put all the Studer OnAir 1500 launch information up online. The people involved in the radio station knew of Studer’s reputation and I was contacted immediately after they saw it on our website.”

In fact the OnAir 1500, configured with 12 faders, was designed to provide the versatile hybrid solution for radio broadcasting and production that the studio required … a compact and cost effective production room console. The additional integrated USB playback and record functions make the OnAir 1500 a highly comprehensive desk.

“After initial concerns about the budget they found they could do everything they needed with the OnAir 1500 and still have funding remaining for room decoration,” reports Wiboon. “The fact that the desk could double as a production mixer was a bonus since they don’t have the budget to build another production studio yet.”

The compact form factor provided another compelling reason for adopting this platform. Converted from a small meeting room, the studio measures just 4m x 3m and can accommodate a host and two guests. Notes Wiboon, “The idea of separating the surface from the DSP held the key to space saving. Also the ease of the flash drive plug and play is another highlight.”

Now up and running, the station is performing a valuable public service —spreading information to road users and enabling them to plot alternative routes. Conversely, drivers are able to phone in live reports to the station, flagging up road blocks, accidents and hold-ups.

In summary, Wiboon says, “The Studer name sells itself for the ease of use, reliability and sound quality. But its legendary quality has never come in such a compact box as this before. This, coupled with the 101 Technology support team, means that the OnAir 1500 is in safe hands.”

And one of the radio hosts added “The OnAir 1500 has met all expectations, showing that it can function as a production mixer within a tight budget.” And the sound remains top quality, even when playing MP3 sound files.