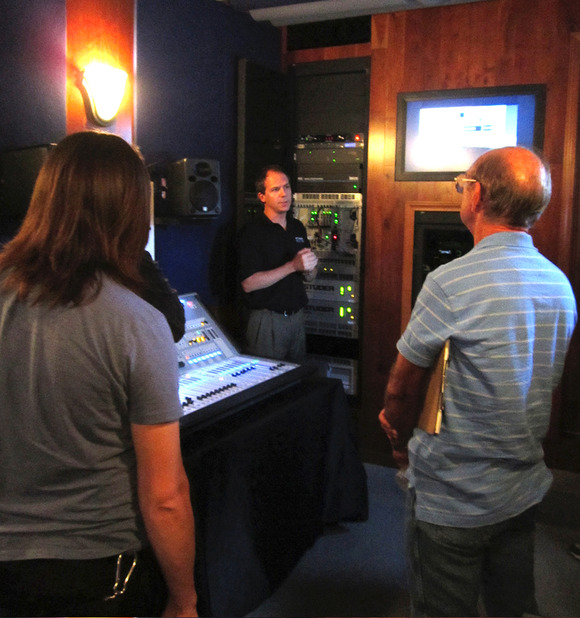 NEW YORK, New York — The overwhelming success of HARMAN’s Studer Broadcast Academy continues with sessions at the AES 2011 convention in New York City on October 21 and 22. The Broadcast Academy sessions will include hands-on training for Studer’s Vista consoles as part of certification modules that will provide engineers with proof of efficiency with the Vista line.

Designed to educate and support the interests of audio engineers around the world, the Studer Broadcast Academy has been a huge success since launching in July, with sessions taking place throughout the United States. Below are some comments from attendees of the previous sessions:

“The Academy is really great because I’ve been looking at the Studer versus some other consoles, so it’s nice to see it in action and in a mockup of what it would actually be doing in the field…It’s nice to just sit down and look at the product because I think a lot of people aren’t exposed to the quality of Studer—it’s a huge leap above the other manufacturers…To go through the Academy and be able to talk about it and have some Q&A’s is fantastic—you wouldn’t get it if you just turned up at a show because no one would have the time to talk to me. It’s just a fantastic opportunity.” – Chris Rudyk, Broadcast Lane Studio

“The course is great—they gave us the real lowdown on the Vista 9 and Vista 5. They answered any questions that we had and showed us all the details from the top down.” – Sam Kokajko, StageTech

“It’s absolutely a priceless experience to be able to put your hands on these and actually try them out and see how they work.” – Joe Piland, Dobbs Stanford

“I love how they show you all about the mixers and they show you very simply about it. I love the openness of the mixer—the operator doesn’t have to have a great knowledge of the mixer to be able to operate it, but it’s also complex and you can do many things with it.” – Ty Horstman, Pure Flame Studios

Throughout the AES show, the HARMAN truck will also feature demonstrations of products from other HARMAN brands, including AKG microphones, JBL studio monitors, Lexicon digital processors and Soundcraft digital consoles.

More information on the Studer Broadcast Academy can be found at usa.studer.ch