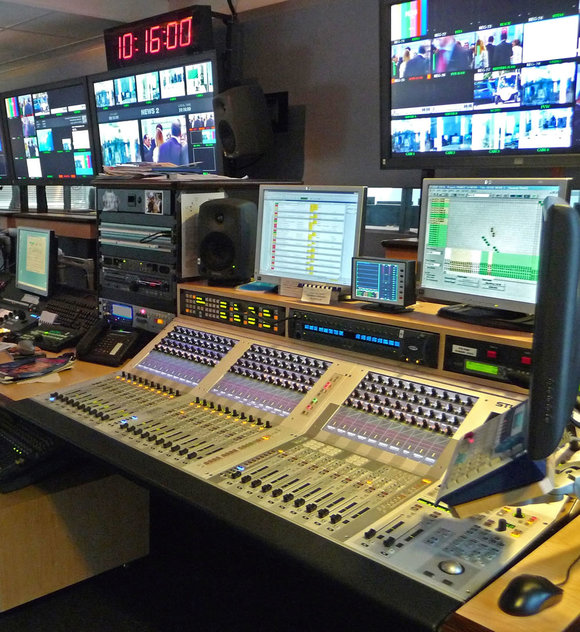 PARIS, France – International news and current affairs TV station, France 24, has purchased three Studer Vista 5 consoles — all of which have been installed over the past two past months.

The Paris-based channel was launched in December 2006 to broadcast French news throughout the world in French, English and Arabic. It immediately became so successful that today it broadcasts 24 hours a days in French and English, and ten hours a day in Arabic (with Spanish due to be added shortly).

Since the complexity of multiple translations was making operation more and more difficult, France 24 decided to replace its three on-air consoles with Vista 5s, placing the order through Studer’s French distributors, Audiopole.

Jean-Philippe Blanchard, Director of the Broadcast Division at Audiopole, confirmed, “France 24 was being expected to handle more and more mix minus signals and simultaneous translations — and it was a nightmare to do that with their existing consoles.”

And so they took the decision to purchase the Vista 5s, which are installed in the three identical on-air studios, after evaluating other market-leading brands, but knew the Vistonics™ touch screen interface made the Vista 5 unbeatable for on-air operations, while the new SCore Live DSP platform would give them vastly extended capacity. The compact size of the Vista 5 presented a further compelling argument, since studio space is restricted.

Audiopole has enjoyed an association with France 24 extending back to the very beginning, when the company sold a talkback system. It was the subsequent sale of that CMS — the first in France — that marked the station’s first experience with the Studer brand. “They were very happy with the product and the support we gave,” Blanchard reflects.

Commenting on the latest installations, Olivier Tournedouet, France 24’s chief engineer for this project, said: “The Studer Vista 5 mixing console is easy to operate, more flexible [than the previous desks] and the ergonomics are perfectly suited to our work. It also demonstrates very good audio quality and has clearly been designed for broadcast applications.”

He added, “The Vista 5 will allow us to work with 32 simultaneous sources instead of the 24 we had before. During live operations and translations everything is under finger control, which allows us to be more reactive and responsive."