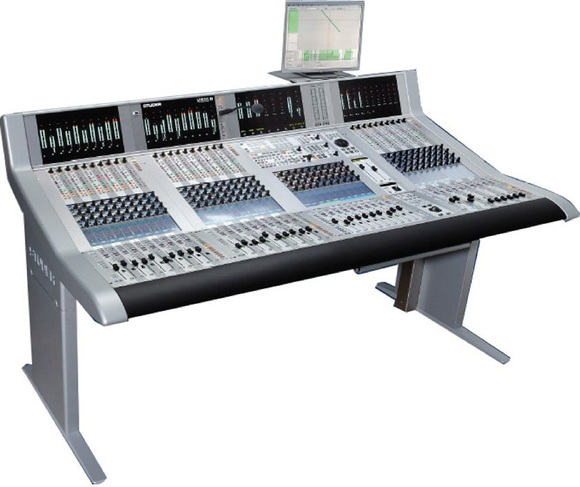 The sale was confirmed by the company’s territory distributor, Sao Paulo-based Libor Comercio E Importacao, who has been working with the network since its inception 20 years ago.

Libor’s president, Henry Spong says that following early sales of Studer recorders and CD players there had been no further sales of Studer equipment to the station until relatively recently — after the Vista 8 had been previewed in late 2004. “The following year the network became the first in Brazil to purchase a Vista 8 from us — in time for the FIFA World Cup of 2006.”

It was the success of this first Vista 8 that prompted the latest purchase of a 50-fader desk. “TV Globo’s excellent experience with the original desk was fundamental in achieving this sale,” believes Henry Spong.

The new console takes up residence in a large production complex (known as Projac), in the Jacarepagua area of Rio de Janeiro. Here eight identical studios are used (principally for soaps) along with two large audience participation studios for shows.

It was the digital upgrade of the first of these large ‘auditorium’ studios to full HDTV capabilities that saw the Vista 8 specified as the main audio desk, after simpler solutions had been adopted for the less critical requirements of the ‘soap’ studios.

“Although there was strong competition, and all major brands were evaluated, no other console was able to match the all round performance of the Vista 8,” continued the Libor president. “We were able to close the deal by offering competitive pricing and good after-sales support.”

It is the comprehensive snapshot system and dedicated mute groups that make Vista 8 the perfect multipurpose solution for live performance and live studio broadcasts, combining and extending the powerful on-air features of the Vista 6 with the dynamic automation of the Vista 7. Furthermore, the new control bay design offers more faders in a smaller footprint making it ideal for both fixed install broadcast and remote vehicle applications.

TV Globo have sent personnel to the Studer factory for training to apprise them of the performance, operation and servicing of the Vista 8, and the network (including project engineers, operation personnel and maintenance) is said to be very pleased with the Vista 8’s performance. “In particular they feel very comfortable with the Vistonics™ operating platform and the redundancy philosophy,” says Mr.Spong.

As a result, a subsequent project will see the first of Globo’s large HDTV OB trucks installed with a further Vista 8.