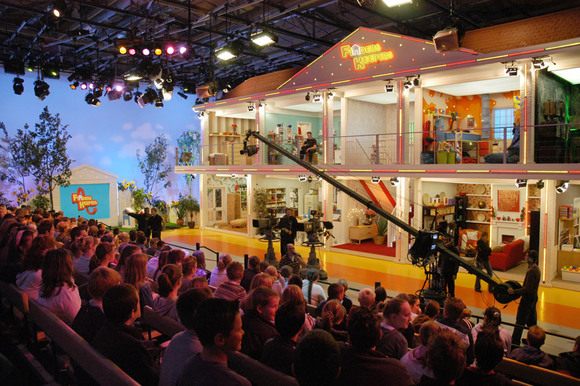 One of the leading studio production facilities in the UK, The Maidstone Studios, is to install a new Studer Vista 8 digital audio console in its flagship Studio 5, ready for operation in the first days of 2007.

Based in the heart of Kent, these purpose-built studios have been operational for over 20 years.   Since 2002, when the studios were bought by a private consortium, the company has invested heavily in new technology, resources and staff, including the construction of Studio 5, the purpose-built 12,000 sq ft studio which holds an audience of 1,000.

The audio facilities for this impressive HD-ready studio floor will now be fully digital, with the installation of a 52-fader Studer Vista 8, the first in the UK to feature Studer's new SCore Live DSP platform.

The SCore Live system occupies just 6U rack space and provides a doubling of the DSP power in one third of the space of its predecessor, the highly successful Performa Core. In addition to being completely configurable, a number of new DSP algorithms have been integrated into the SCoreLive, further enhancing the desk's ability to create simultaneous 5.1, Lt/Rt and stereo mixes without the need for external equipment.  This represents a key cost-saving advantage for new studio installations.

Another cost-saving feature is the provision of three d21m I/O frames containing the 120 mic/line amps and A-to-Ds plus 64 additional studio return circuits, simply wired back to the equipment room with three Cat 6 cables. This saves more than 10km of expensive star quad cable.

The Maidstone Studios is the closest broadcast studio to London that qualifies for the BBC, ITV and Channel 4 regional quota and is currently supplying ITV1 with over a sixth of its schedule.  High-profile productions include "The Trisha Show" and "The Basil Brush Show" for the BBC.