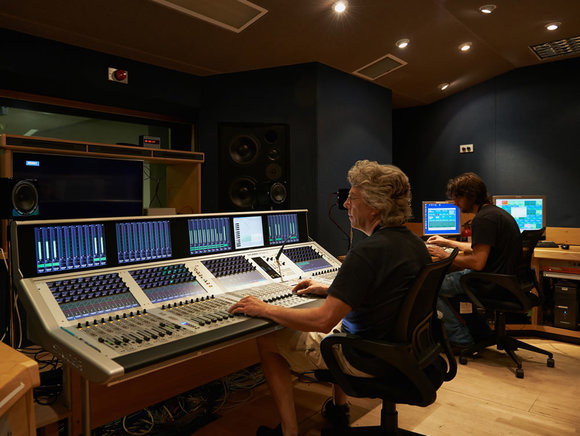 An essential part of the upgrade to HD was the audio system, and with a tight timescale of just under thre weeks to refurbish the studios including a large amount of HD cabling and gallery monitoring, it was paramount that a seamless transition in operations was achieved.

“With a Studer Vista 8 already installed for some years in Studio 1, it made sense to provide commonality of operation across studios so the Vista 5 was a logical choice,” said Rowland Kinch, CEO of Maidstone Studios. ”We’ve been very happy with Studer and the support they give us. We love the Vista’s instant snapshot functions and it’s a great live production platform for us. The consoles also share common hardware and cards, so support is made much easier for us.”

Kinch also praises the new VistaMix automatic microphone mixing software update for the Vista console, which has made a huge difference for the sound teams on unscripted panel and game shows such as Victory TV’s “Draw It” and ITV’s ”Take Me Out.”

“The Sound Supervisors love having this inbuilt facility at their fingertips, and think it’s fantastic!”

Kinch concluded, “Having the Vista consoles has really enhanced our opportunities and abilities to win program productions from major broadcast organisations who are familiar with the Studer platforms.”