Prayers are answered by Studer Vista 8 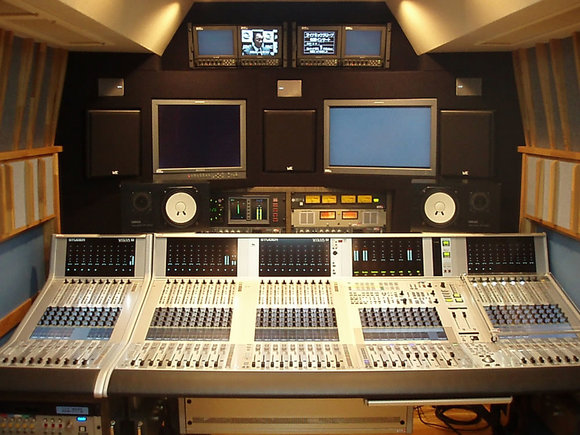 One of Japan's major broadcasting companies, the Nippon Television Network Corporation (NTV), known locally as Channel 4, has just commissioned its new OB207 outside broadcast vehicle, which is equipped with a Studer Vista 8 digital audio console.

Supplying and installing the digital audio equipment, Studer Japan Ltd faced a demanding challenge on this prestigious project, also providing the acoustic design of the control room and full system integration of audio services on the truck.  OB207 is an audio-only vehicle, mainly used for sports and general programme duties, in conjunction with NTV's HD video truck OB105.

On the day appointed for delivery of the completed vehicle OB207, engineers from Studer Japan all went to Hie-Jinja, the famous temple in the centre of Tokyo, to perform the important traditional ceremony of 'Oharai', a prayer for "no trouble".

This is the first installation of a Studer console into a NTV outside broadcast truck, and its first assignment was the Japan Academy Awards, Japan's equivalent to Hollywood's AMPAS Academy Awards or 'Oscars'.  Naturally, NTV 207's debut broadcast of the Awards was completely successful – there was no trouble!  The console has been used since on OBs of the women's Ekiden race, a style of marathon running, from Yokohama, several professional football games, and for recording classical music.