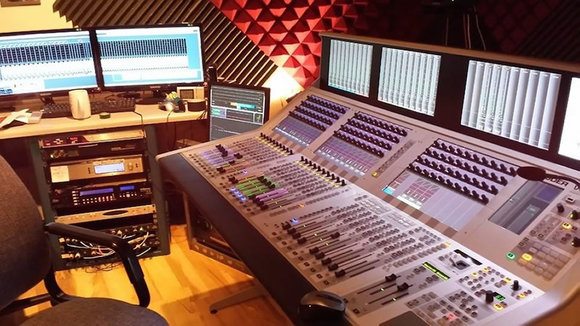 ST. LOUIS, Missouri – St. Louis Symphony’s recent investment in a HARMAN Studer Vista 5 digital console has paid immediate dividends in many ways, the most recent being the nomination of a 2015 GRAMMY® Award for classical artist John Adams’ album, City Noir. Nominated for Best Engineered Album, Classical, as well as a nomination for Best Orchestral Performance, City Noir was recorded at the St. Louis Symphony, engineered by Richard King and released on Nonesuch Records.

Described by John Adams as “jazz-inflected symphonic music”, City Noir is a 35-minute, 3-movement work featuring solos for alto saxophone, trumpet, trombone, horn, viola and double bass. The GRAMMY-nominated City Noir album was recorded over two performances in February 2013 and was released through Nonesuch Records in May 2013.

Since acquiring the Vista 5, the St. Louis Symphony has used the console to record all of its Saturday performances in 96k, including John Adams’ symphonic works, along with live radio broadcasts on Saturday nights via St. Louis Public Radio 90.7-KWMU. The Vista 5 is the heart of the Saturday broadcasts and recording, taking multiple streams and splitting the mixes to a multi-track, 2-track hi-res feed and then also to the mix for radio.

Paul Hennerich, lead engineer for the St. Louis Symphony and owner of the Pan-Galactic Company, found the Vista 5 to be the most versatile and efficient console for the Symphony’s needs. “For our recordings with Nonesuch, the Vista 5 was one of the few consoles that had the ability to do high-resolution recordings that we needed to track,” Hennerich said last October. “And, of course, the sound quality is phenomenal, so the console hit all the requirements we had.”

In addition, the Vista 5’s EQ capabilities also sold the St. Louis Symphony on the console. “With classical music, you need a phase-accurate EQ to really bring out the subtleties of the orchestral performances,” Hennerich noted. “We also have the Vista FX feature with the built-in Lexicon effects. Having the ability to adjust multiple reverb sends at the same time makes the workflow that much faster. Also, being able to have two engineers work on their own control surface has been a nice feature.”