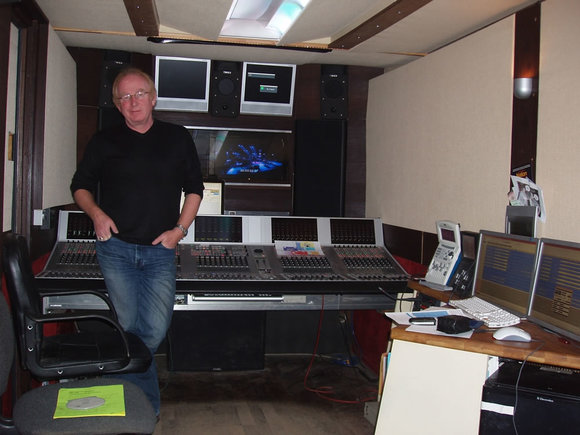 LONDON, England – From sold-out Rihanna concerts to the UK’s popular TV show The X-Factor, RedTX has been the driving force behind many of the UK’s live broadcast performances for years. Providing sound for such a wide array of performances and events, the company has needed an arsenal of equipment that’s reflective of its services which include versatility, functionality, and usability. It is because of this that RedTX recently purchased a Studer Vista 8 digital console for all of its recording and broadcast needs.

According to Tim Summerhayes, Sound Engineer for RedTX, one of the most important features of the Studer Vista 8 is the snapshot recall that comes standard on every console. Because RedTX works at many events that feature multiple acts, it is often forced to change the sound parameters in a very short amount of time during many shows. With the Studer Vista 8, RedTX has the ability to pre-program EQ, gain, and every other component before the actual show and adjust for each song in live time at the touch of a button.

One of the events where the Studer Vista 8 played a pivotal role was during the broadcast of the UK’s hugely popular reality show, The X-Factor. The show pitted 12 contestants or bands against one another, with a panel of high profile judges eliminating one contestant each week. According to Summerhayes, each song required its own arrangement, but the engineers had very limited rehearsal time before the broadcast. With the Vista 8 console, RedTX was able to work out the requirements with the engineers and producers before the show, and adjust for each band at the touch of a button during the broadcast.

Another event where the console’s versatility, functionality, and usability were key was at Rihanna’s concert in December at London’s Brixton Academy There, RedTX worked with the performers sound team during two rehearsals to program the console before each show, where it was possible to set the EQs and effects before the show, and isolate certain channels on the console during the show for a flawless performance.

“Operationally, the Vista 8 is very intuitive and straightforward,” continued Summerhayes. “It’s like any computer when you know where all of the parameters are, and you can just go to it and change it. The headroom is good, the metering is excellent, and the fact that we can adjust with layers is amazing. It’s just a high-end board that we couldn’t do without.”