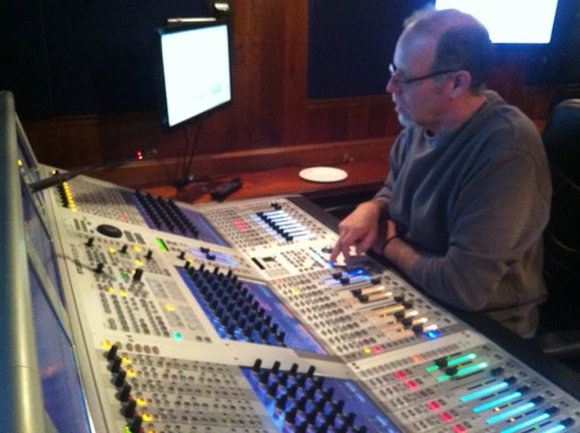 WESTMINSTER, Colorado — Colorado Sound Recording Studios is one of the finest facilities in the state. The studio and its remote truck have recorded artists including Norah Jones, Eminem, Steve Miller, Dave Matthews and many others. Recently, the HARMAN Soundcraft Studer truck rolled into Colorado Sound with the new Studer Compact Remote Bay and its latest Virtual Vista software for its first-ever use at a recording session.

The Compact Remote Bay allows access to a Studer Vista digital mixing console’s settings from anywhere in a venue. A little larger than a laptop, the unit has 12 P&G faders, 40 rotary controls and a 19-inch touchscreen running Studer’s Virtual Vista software. In addition to remote operation, the bay may be used to extend the main console’s control surface for a second operator, for monitor mixing or for other functions.

Three stereo headphone mixes, a 5.1 surround and a stereo control room mix were created, all going to the Vista 9 and the Compact Remote Bay with a Studer Stagebox connecting the recording studio feed to the truck via fiber cable.

“As we were getting recording and headphone levels, we tweaked the musicians’ headphone levels with the Compact Remote Bay. Of course everything was really being adjusted via the Vista 9 on the truck, but the Compact Remote Bay made things a lot easier since we could get immediate comments from the musicians and tweak everything right in the room without the need for talkback from the control room in the truck,” Lewis noted. “It worked flawlessly.”

“After we tracked the band we just moved the Compact Remote Bay from the tracking room into Colorado Sound’s main control room and patched in the stereo mix,” Lewis continued. “This allowed the engineers to use the bay and have a feel for the setup’s overall sound quality, dynamics, EQ and so on from the comfort of their control room using their main studio monitors. They were astounded by how we were able to do this without effort, and how easy it was to make patch changes and snapshots without missing a beat.”