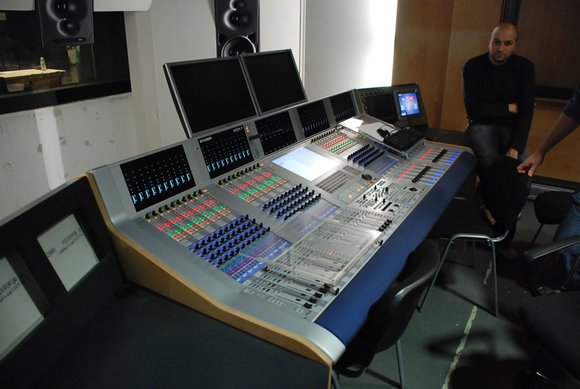 DARMSTADT, Germany – The Darmstadt Staatstheater (National Theatre) in Germany is a multipurpose four-section arts centre, dedicated to opera, ballet, musicals and drama. In 2004 it underwent a major redevelopment at the hands of Waagner-Biro and when it reopened in September 2006 it revealed not only a new entrance and foyer, but an entire technology infrastructure including a new stage and control system, based around a Studer Vista 8 digital mixing platform at the front of house position.

The 52-fader Vista 8 is accompanied by a 20-fader remote desk, which can either be used in the hall or as an extension elsewhere. In addition, more than 60 Crown CTs amplifiers were installed, with PIP modules in the output stage, centrally controlled and monitored via the Harman HiQnet™ System Architect™ control interface. This allows control of the amplifiers from the mixer, and the settings of the amplifiers to be called up as snapshots in the Vista 8 — opening up new communication possibilities between the mixer and peripheral audio technology.

The clients were so delighted with the flexibility and reliability of the Studer 8 — providing a control universe of 550 inputs and 480 outputs — that when they came to equip their recording studio recently, they opted for a Vista 7. They knew this would ease workflow by keeping control within the same operating environment, but there was also one other important aspect, which helped drive the sale.

For both the Vista 8 and Vista 7 can now be connected using Studer’s new RELINK Resource Linking I/O Sharing System, which enables the sharing of resources in both directions.

Christoph Keller was the project leader for Audio Pro Heilbronn, Studer’s German distributor, which was responsible for both console sales: “This was an important development, due to the fact that this is a new technology offered by Studer, and was only launched at last September’s IBC Show. This is one of the first installations where this technology has been used,” Keller said.

Largely dedicated to opera, the main concert hall has seating capacity for 956, with another eight seats in the disabled area. The smaller auditorium, predominantly for drama and dance performances, can house 482 spectators, while a new 130-capacity studio theatre was built during the 2006 renovation.

The engineers of the National Theatre are particularly impressed with the Studer Vistonics™ operating concept, the networking over HiQnet and the ability to link and share the desks’ resources. From a practical point of view this allows very fast working within the console environment, they say.