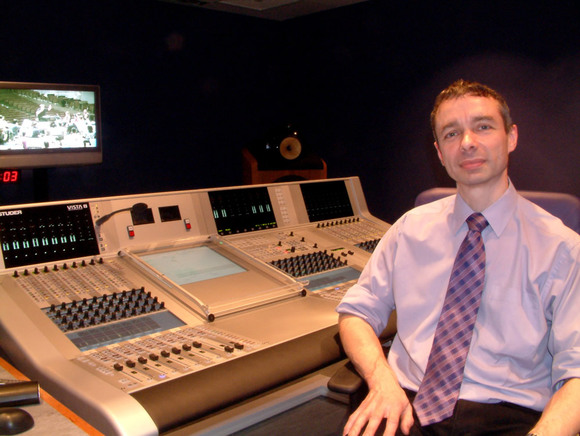 A Studer Vista 8 digital audio console has been chosen for the new recording studio at the recently-refurbished Glasgow City Halls.  Performances given by the venue’s principal resident, the BBC Scottish Symphony Orchestra, in the Grand Hall will all be recorded in the new studio for broadcast on BBC Radio 3 and Radio Scotland.

Glasgow’s City Halls houses the Grand Hall, The Old Fruitmarket and the Recital Room.  Now merged into one complex, these adjacent, Grade I listed Victorian venues, dating from 1841, are the oldest purpose-built performance spaces in the city. The largest of the three, the 1066-seat Grand Hall, is a lavishly decorated, traditional ‘shoebox’ auditorium with raked seating and balcony. The auditorium is renowned throughout the world as having some of the finest acoustics for orchestral works.

The four-year project to revamp the City Halls into a world-class concert venue was completed at the start of 2006.  A priority was the construction of a full recording and production environment within the Halls, primarily intended to service the new complex including the Grand Hall, Fruitmarket and the Recital Room.

Designed by Arup Acoustics to AES/EBU 5.1 spec, the control room is a room-within-a-room, with a “spare, bare aesthetic”.  The configuration of the 32-fader Studer Vista 8 includes 120 analogue and digital line level inputs plus 56 mic inputs, as well as a MADI multitrack interface for the SADiE recording system used by the BBC.  The console has been customised slightly to include a bespoke middle section, housing peak programme meters and providing extra space for music scores.

The Vista 8 looks deceptively compact in this spacious environment, where equipment visibility is limited to B&W monitoring, the SADiE recording system and Stax electrostatic headphones. “Three or four engineers are using the Vista 8,” explains BBC SSO recording engineer Graeme Taylor, “and we all have our own settings in memory, which makes it very easy to come in and reset the desk.  I’ve been impressed by how easy it is to build the desk the way you want it, and, at any time, you're only one button-press away from the operation you want.”

There are two Studer Stageboxes located in the Grand Hall, one built-in for the microphones suspended above the stage, and another for the stage-mounted mics. As well as the preferred Decca tree microphone configuration, additional mics are used for woodwind and percussion, and there are spot mics as required on stage.  With the studio control room situated under the auditorium, the long distance from stage microphone to Studer console is covered safely by optical fibre interconnects.

The fibre infrastructure extends into the adjacent venues, the Fruitmarket or the Recital Room so the stageboxes can be moved into these areas, enabling very quick set-ups to be made.