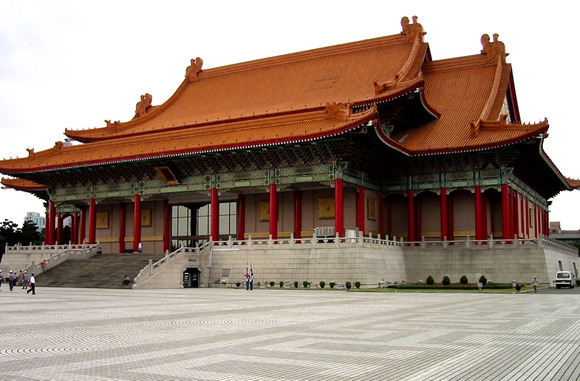 Studer is supplying two digital Vista 8 digital audio production consoles to the leading cultural institutions of Taiwan, one each to the National Theatre and the National Concert Hall.  The venues form part of the National Chiang Kai-shek Cultural Center, which was one of the largest arts centres in Asia when it was built.

Both auditoriums are renewing their front-of-house control consoles, replacing Studer analogue 900 consoles which have been in place since the facilities were built in 1987.  Studer 900 desks are being retained in two other auditoriums, the Experimental Theatre and the Recital Hall.

Studer's representative in Taiwan is Linfair Engineering, which has worked closely with the technicans of the National Theatre and Concert Hall to specify the mixers.  "They have been using Studer consoles since the day they opened," says Linfair's Steven Cheng.  "There have been so few problems that some of the spare parts they ordered in the beginning have never been opened.  This has created a good deal of trust in Studer and also in Linfair, which has been responsible for maintenance of the equipment since the theatres opened."

According to Cheng, the Vista 8 is the ideal product to ensure a smooth adoption of digital technologies by these two leading arts centres.  "The Vistonics interface will give them an easy transition in operational terms.  The consoles are equipped with fully redundant power supply, redundant DSP and redundant control system, so nobody has to worry about a system crash."

Linfair Engineering is responsible for project managing the installation of both consoles, which is taking place around the Chinese new year.