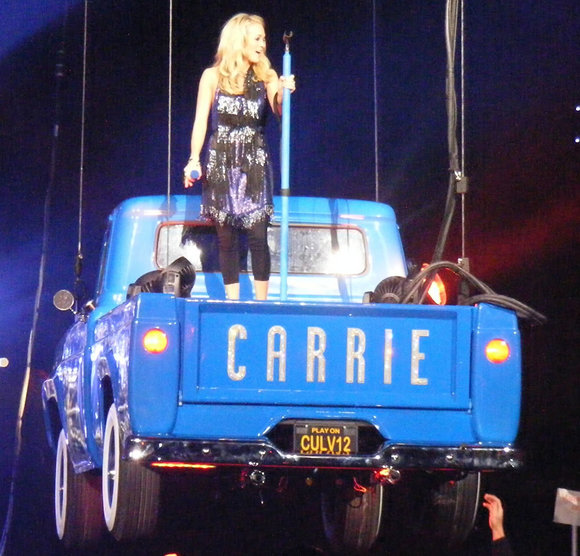 POTTERS BAR, United Kingdom – Leading sound company Clair is providing live sound reinforcement for Carrie Underwood’s current North American tour, with a Studer Vista 5 SR digital console handling front-of-house duties. A previous winner of American Idol, Underwood is one of country music’s biggest stars and recently earned Entertainer of the Year honors from the Academy of Country Music for the second year in a row--the only woman to ever accomplish that feat.

Underwood’s current production is elaborate, to say the least, with 12 tractor-trailer trucks alone transporting the tour’s equipment. When it comes to mixing each show, however, front-of-house engineer Randy Lane says his responsibilities are relatively straightforward, though challenging all the same. “I like to make sure that Carrie’s vocal is the focal point, but I’m also trying to make sure that what the band plays on stage is conveyed accurately to the audience,” he says. “She has a top-notch band with her and I’m trying to capture exactly what they play and just stay out of the way.”

As is often the case, Lane’s familiarity with the Studer Vista family of consoles is rooted in broadcast. “A lot of television studios in Los Angeles use Vista 8 consoles and I had listened to some of those,” he says. “I was very impressed with how creative you could be without having to rely on plug-ins. Just having the front end of the console sounding right is a huge step.”

In addition, Lane notes that while the Vista 5 SR has reinforced his opinion of Vista consoles, it has also made him a convert in other ways. “Honestly, before using the Vista 5SR, I still preferred analog consoles, because I never felt that the microphone preamp and EQ stages of digital consoles were of as high quality,” Lane says. “The Vista 5 SR has totally changed my view on that.”

With unrivaled technology supporting a massive collection of talent, Carrie Underwood’s tour has been an overwhelming success to date. “The crowds have been fantastic,” Lane adds. “The first few shows were in smaller venues and in the fall, the tour plans to move to the larger arenas.

“Carrie is absolutely one of the best vocalists I’ve worked with,” Lane adds. “She comes in for every sound check completely prepared. Every day at rehearsal, she was 100 percent ready for what she was doing with each song. It’s an absolute pleasure to see that level of professionalism and it certainly doesn’t hurt that she can belt it out.”