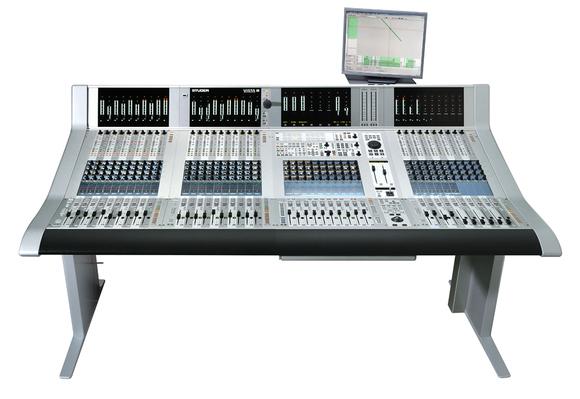 NAB Las Vegas, April 2005: Studer were the proud recipients of a ‘Top Innovator Award’ at NAB in Las Vegas, when Television Broadcast magazine selected the Vista 8 Digital Mixing Console for one of only two awards for audio products at the major broadcast exhibition.

Studer President Bruno Hochstrasser was justifiably proud of the award. “Only 26 Awards were given by Television Broadcast at the whole show, which covered transmission, video editing, cameras and all forms of visual media, so to be chosen for audio innovation is really a great honour for us at Studer.

"Not only is the Vista 8 highly-intuitive, the use of Vistonics makes operation simple and was a big winner with our panel of audio judges," said Michael Silbergleid, editor and associate publisher of Television Broadcast magazine.

“Winning a Top Innovation award lets manufacturers know that their product has a definitive positive impact on the operations of television production and that their contribution to the industry is recognized." said Michael.