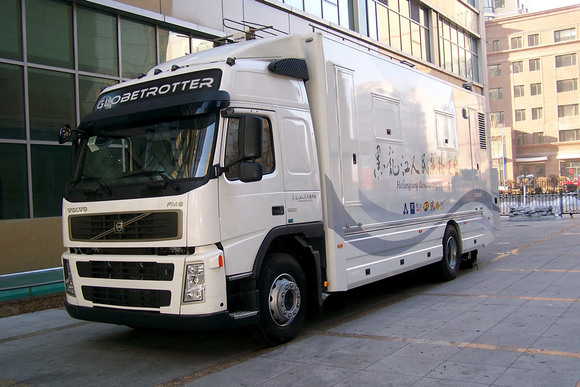 As China’s leading media providers gear up for next year’s Olympic Games, Studer’s Vista Series digital consoles figure prominently in the new Outside Broadcast vehicles, especially those with a High-Definition specification.

Guangdong TV, Beijing TV and the Shanghai Media Group are installing large-format Vista 8 audio consoles into new OB vehicles which are being prepared for live broadcast and production duties at the Olympics.  The vehicles for Beijing TV and Guangdong TV are both High-Definition vans, following closely in the footsteps of CCTV in Central China, the country’s biggest broadcaster, which chose Vista 8 for its latest flagship HDTV vehicle.  In all cases, Studer’s reputation for reliability and the Vista Series’ user-friendly interface Vistonics, convinced the customers to choose the Vista 8 instead of an array of alternatives from European manufacturers.  Guangdong TV has a 32-fader Vista 8 model, Beijing TV’s HD van will house both a 52-fader Vista 8 and a Studer OnAir 3000 digital mixer, like Shanghai Media Group’s HD vehicle, which will feature a 42-fader Vista 8 plus 24-fader OnAir 3000.

The Shanghai Media Group is also installing the compact 32-fader Vista 5 console into a 5.1 audio van, like four regional TV companies which have all chosen Studer’s latest design for high-def OB applications.

Jinan TV, Heilongjiang TV in Jarbin, Inner Mongolia TV and Dalian TV are all launching new HD vehicles for live broadcast and production.  According to Rico Fung of ACE International, Studer’s import agent for China, “it is rather remarkable to see 5 HD-format OB trucks under construction which are all specifying Studer Vista digital audio consoles.  In every case, it is Studer’s reliability that proves the decisive factor in the tender, together with the ease of operation and the exceptional audio quality of the consoles.”