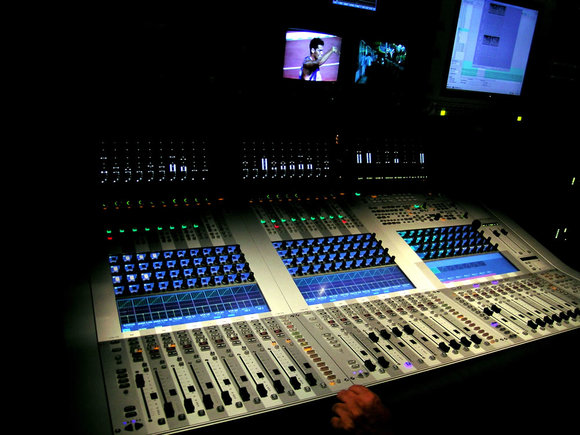 The 23rd Universiade 2005, held this year in Izmir, Turkey, is second only to the Olympic Games as the sporting event with the largest number of competitors, bringing together students from all over the world every two years to compete in events ranging from athletics and football, to gymnastics and swimming.   This year, more than 8,000 athletes from 140 countries took part in the events. Broadcast coverage of the event was carried out by Turkey's national broadcaster, TRT, using its newly-purchased Studer Vista 8 digital consoles.

One of TRT's largest outside broadcast vehicles, OB15, was used for the opening and closing ceremonies of the Games, as well as playing a central role in coverage of the athletics programme at the main stadium.  TRT has just equipped OB15 with a 32-fader Studer Vista 8 digital console, the first of its kind in Turkey.  With four audio technicians on board, OB15 took the role of master OB, handling feeds from three other vehicles in the stadium.  Each of these was dedicated to different athletic disciplines, delivering more than 20 ambience microphones, 4-channel wireless microphone and 4-channel in-ear wireless systems and correspondence units into the Studer Vista 8 in the main truck.